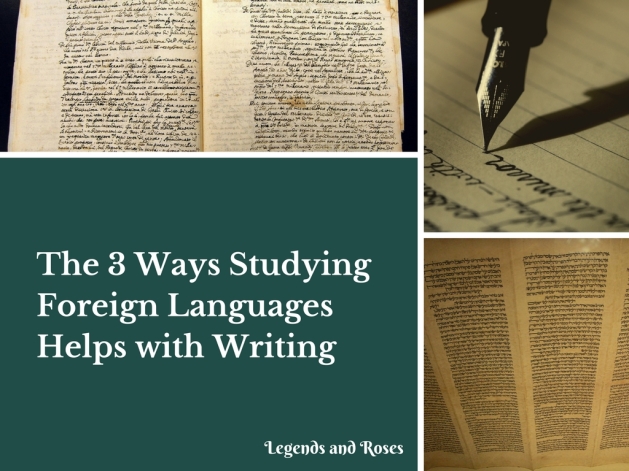 During my years of formal schooling, I studied Latin, French and Spanish. I’m not fluent in any of them, regretfully, but I remember smatterings of each. The Latin I took was quite fun, I remember. By my third year, the course had us doing Latin word puzzles!
Those first three languages, I really only dabbled in, but now I am studying Hebrew and it has become a passion of mine to learn to speak it and understand it for several years now.
But what does this have to do with writing? Other than the fact that language is among the first things we learn to utilize when we are babies, it is the writer’s one and only tool to tell their stories. (Okay, a pencil and paper or a computer screen and keyboard are necessary!)

As I began to write more and more, I came to appreciate the time I had spent studying languages in high school. Here are three reasons why every writer should study at least one foreign language.

Here is an example for your enjoyment. (Try reading it out loud. It is fascinating how we can still understand it!)  🙂

That comyn englysshe that is spoken in one shyre varyeth from another. In so moche that in my dayes happened that certayn marchautes were in a ship in tamyse for to haue sayled ouer the see into zelandeand for lacke of wynde thei taryed atte forlond. and wente to land for to refreshe them And one of thaym named sheffelde a mercer came in to an hows and axed for mete and specyally he axyd after eggys And the goode wyf answerde that she coude speke no frenshe. And the marchaut was angry for he also coude speke no frenshe. but wolde haue hadde egges and she vnderstode hym not And thenne at laste a nother sayd that he wolde haue eyren then the good wyf sayd that she vnderstod hym well Loo what sholde a man in thyse dayes now wryte. egges or eyren certynly it is harde to playse euery man by cause of dyuersitie & chauge of langage. 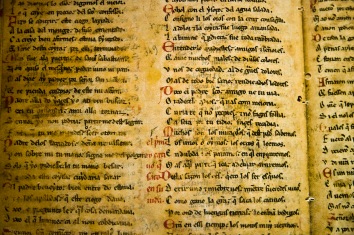